A Philadelphia native, Getzewich made his way to the South – to its regional, coastal cuisine, warm hospitality, and one of the country’s favorite food destinations – Charleston, SC, by way of an extensive culinary journey.

Chef Getzewich grew up cooking and eating with his Polish grandmother, spending his days learning to make Pierogis, Kielbasa, and Galumpkis. He knew early on that food would be his chosen path. Getzewich graduated from The Restaurant School of Walnut Hill College with a degree in culinary arts and began working his way through renowned kitchens across the northeast, learning under the tutelage of such chefs as Eric Ripert and Jennifer Carroll. After a brief stint opening a restaurant in the Bahamas, Getzewich moved to Charleston in 2012.

Quickly joining the city’s prominent food scene, Getzewich became the Sous Chef at Two Boroughs Larder with fellow Philadelphia native and James Beard Award nominee Josh Keeler. In 2014, Getzewich joined The Indigo Road Hospitality Group as Sous Chef of The Macintosh and eventually Executive Chef at Indaco. Getzewich briefly left Indigo Road to open notable downtown restaurant One Broad, before returning to the group in 2020 to become the Executive Chef of The Kingstide.

When Getzewich is not in the kitchen, he enjoys golfing with friends. 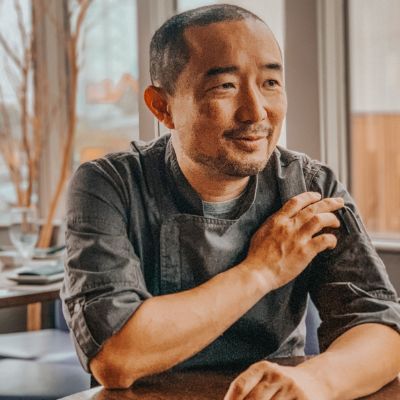